After failing to tell Micah that neither mommy nor daddy would be riding the school bus with him to school, leading to a meltdown on the bus yesterday, I was determined to make sure today he would be very aware he was riding the bus to school by himself (and with his friends). We talked about it last night during dinner, before bed, and again this morning when we woke up. 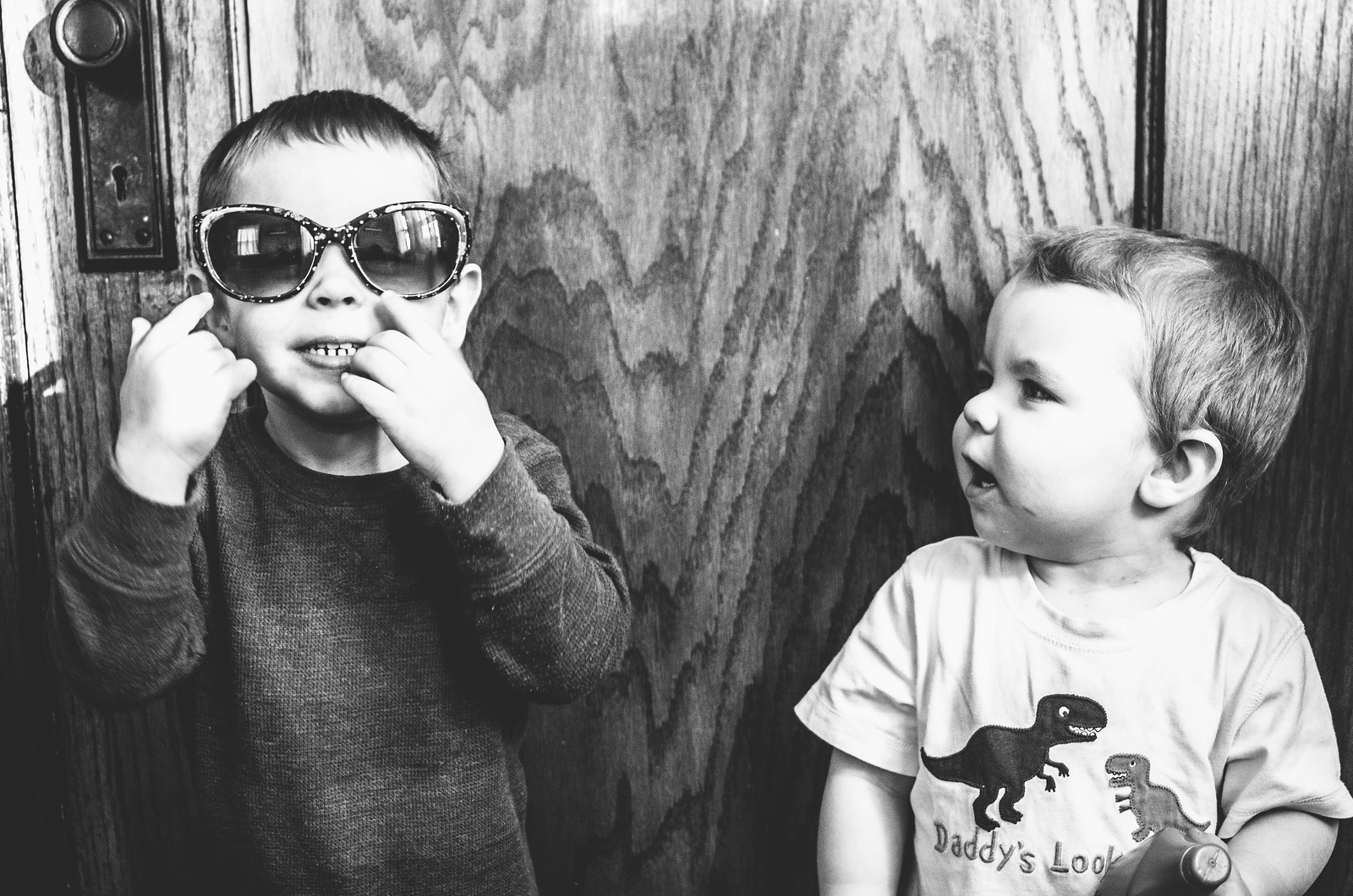 He seemed ok with this information. But just to be sure we sang a few rounds of

When the bus arrived (it stopped at my neighbor’s house for some reason), we walked over to it, Micah seemed happy, and we stepped up onto the bus, he went to his seat without an issue, and he said, “Bye-bye!”

Micah and Ezra love bubble baths (who doesn’t). They always come up with crazy games to play in the bath. I took a quick video last night of them playing in the bath tub. Ezra can get crazy.

So, the insurance company of the man who hit our car did call Sarah yesterday and ask for her statement. But they still haven’t assessed our car, nor taken on any amount of liability. We’re still not sure if the man has called in the accident yet. It would seem that he hasn’t.

The dealership where we had the car taken at the advisement of our insurance company (Allstate), told us the car is worth $6,000. This simply could not be true. They did also tell us that the repairs would be about $3150, which is probably more the actual value of our 2005 Corolla.

Sarah is great and probing customer service. She is relentless and won’t let people take advantage of her. So, she is mostly taking care of all the details with this. But that doesn’t mean that it has been easy. It would seem that Allstate has given us some poor advice, and has told us things that are simply not true a number of times.

After many phone calls yesterday with Allstate, the other insurance company, and the dealership that has our car, it’s been hard to know how to move forward. But long story short it is Allstate’s system that is valuing our car at $6,000 for some reason. We are waiting for the other insurance company to assess our car before we lean into Allstate and ask them how they come to that number and how that has any semblance to the true trade-in or selling value of the car.

As my friend said yesterday, a car’s value is only worth what someone is willing to pay. So if they’re willing to pay us $6,000 for our car…we’ll take it!

So we’re still waiting. Thankfully we have a rental car right now.

James, who is one of my best friends, is coming into town later tonight. I’m guessing I’m going to be absent from writing here for a few days. I love it when my friends take the time to be with me and my family. It means so much to me. So if someone takes the time to travel from Chicago to Omaha to spend an extended weekend with me, I’m going to make him the priority. My guess is that I’ll be back to write something on Sunday.

A couple months before Micah was born James told me he was driving back home to see family for the weekend. He called me up to say he would be leaving soon because I think originally we had planned to hang out during the weekend. I told him it was fine, and to enjoy his time back home.

“You wanna come with me to Michigan?”

I thought about it for a second and said,

Sarah was going to be busy that weekend, and I knew I wouldn’t really have the opportunity to do something this spontaneous once Micah was born, so I thought this would be a fun adventure.

He gave me a few minutes to throw some clothes into a bag, grab my toiletries, say goodbye to Sarah, and head out the door.

And we drove six hours or so to his hometown in rural Michigan. And I had a blast.

This was the bed I slept in: 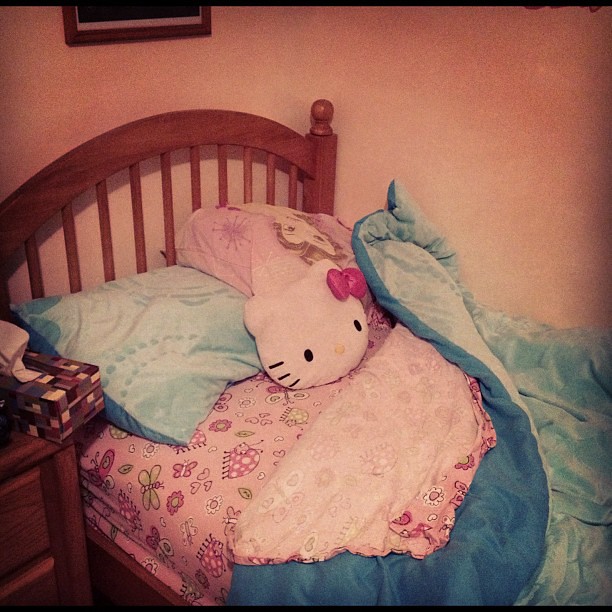 It had been a while since I had been in a place as rural as where we were. And it was so different than being a few hundred feet away from the interstate, like we were at the time living on the campus of Trinity.

When we arrived to the area where James was from, we got out of the car for a moment to stretch our legs. It was probably around midnight by this point and there was a nice summer breeze blowing through the trees. Other than the sound of the swaying tree branches, it was utterly silent. And it was pitch black. We could easily see the Milky Way with the naked eye.

I remember that moment so vividly. And for me, this spontaneous trip was already worth it for that moment alone.

The rest of my time there was spent with his family, and exploring his property. It was very nice and relaxing. 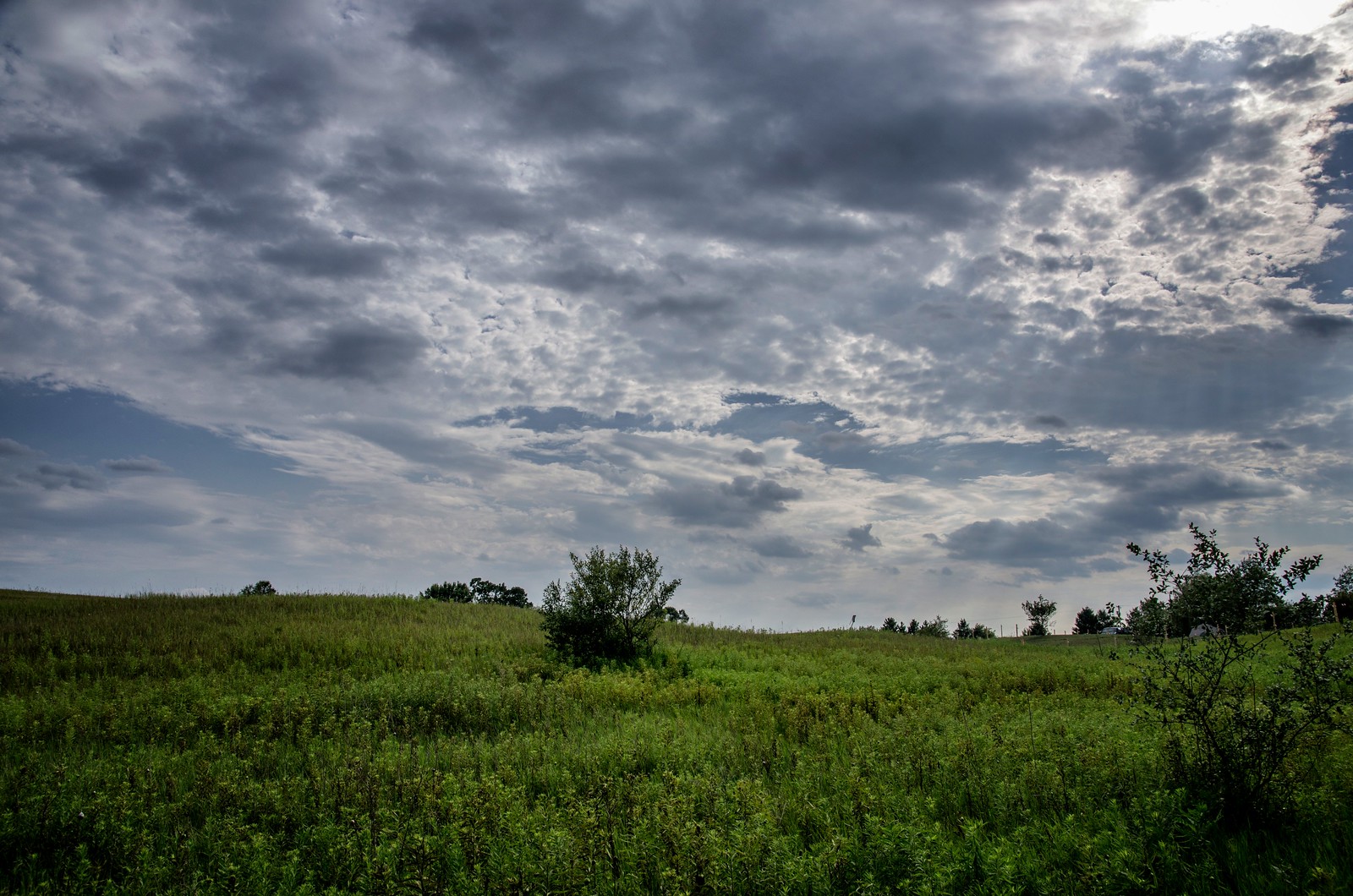 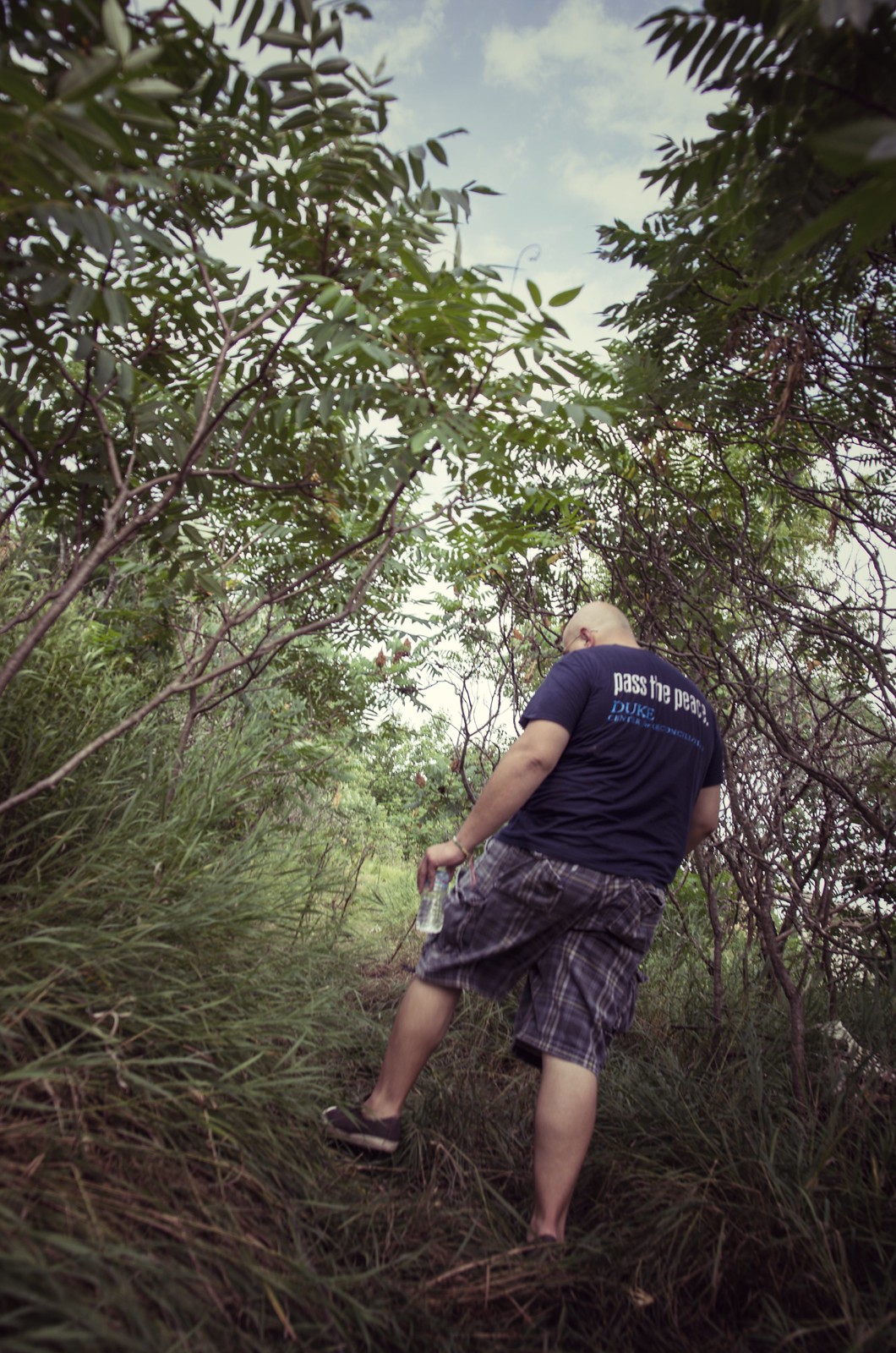 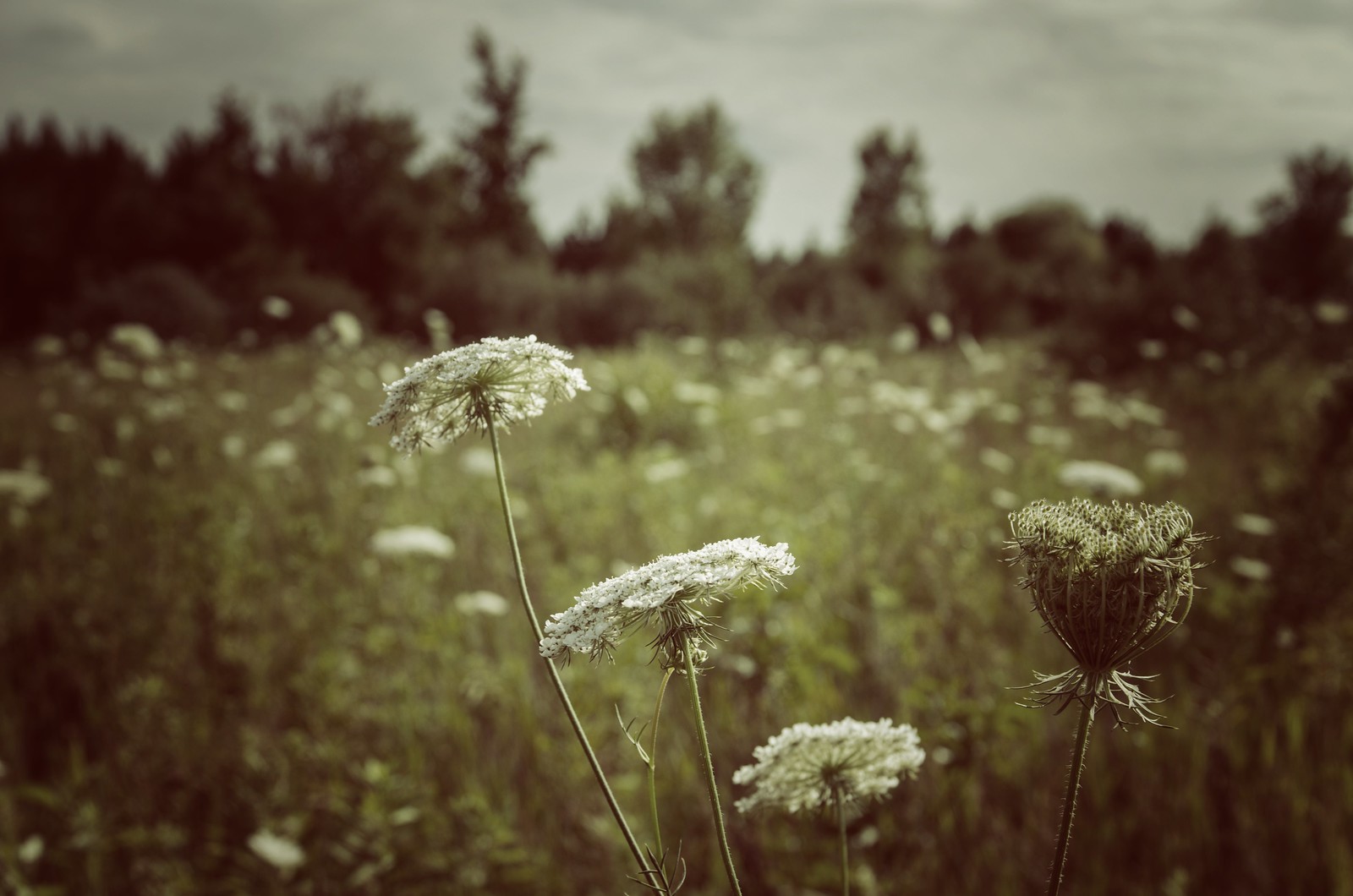 Now it’s time for me to show James where I’m from. And I’m looking forward to it.