A very common issue with Kabuki Syndrome is speech delay. For Micah, this is definitely one of his biggest struggles. He was diagnosed by his pediatrician as having Childhood Apraxia of Speech, so talking is hard for Micah. He may know what he wants to say, but just physically have a very hard time getting the words to come out. I imagine that being extremely frustrating – to know what you want to say, but not know how to make that come out of your mouth, to not be able to communicate like you want to, to be stuck in your head. 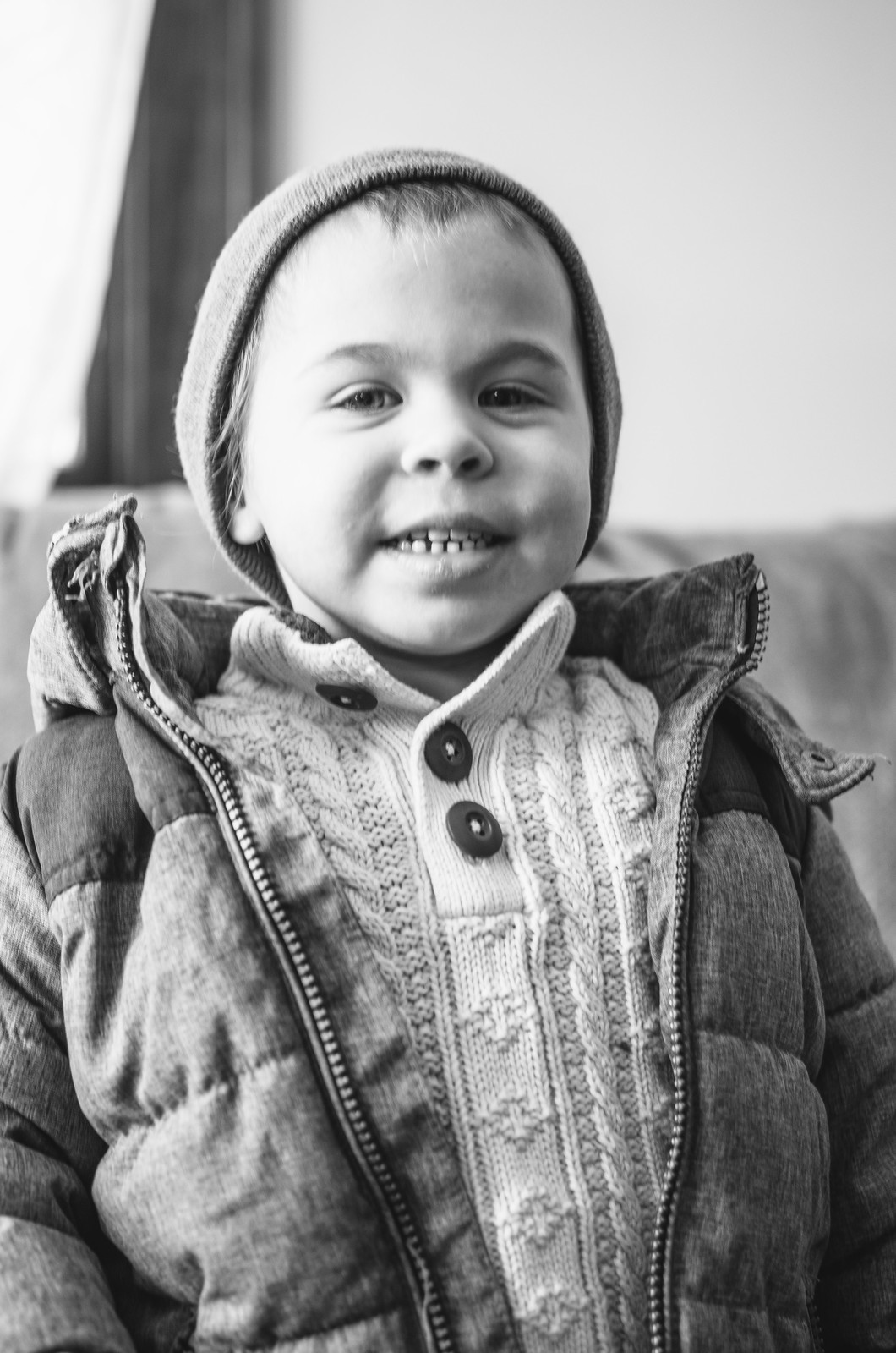 Micah is a happy kid through and through. Even as we were sick this past week, he may have had a few bouts of extra naughtiness, but he still remained happy through fever, congestion, and his first ear infection.

He understands most of what we tell him. It’s hard to know for sure all that he understands, but generally speaking, it’s more than we give him credit for. I’m always surprised about the conversations that Sarah and I are having and realizing that Micah is tracking right along with what we are talking about.

Micah can say a lot of words. One of the biggest issues, however, is that he only says words one at a time. Technically he has used a few complete sentences and word combos such as “I see!” and the wonderful time that he told me “I love you” clear as day. (He still can say it, but it gets very slurred together).

Micah works with a speech therapist at school from time to time. And we can already tell it’s one of the things that is helping him progress. When he gets home from school he has a lot on his mind. And we try to ask him questions about his day and he tries his best to communicate what happened at school.

But the other day at dinner Micah started to say a two word combo – “Hi, Daddy/Mom!” and “Bye-bye, Daddy/Mom!” And we cheered and celebrated with him as if he just memorized and recited the Gettysburg Address.

And he LOVED it.

The glimmer in his eyes. The deep sense of pride that overflowed out of him for finally being able to get two words to come out of his mouth consistently. It was tremendous.

Sarah and I are so proud of him.

Another thing we have realized and are coming to grips with is that Ezra, too, is delayed in speech. Not in the same way as Micah. Because Ezra does learn how to say things much, much easier. The thing is that he can pretty much say everything that Micah says. He watches and listens to his brother intently. So within moments after Micah started saying “Hi, Daddy!” Ezra started to as well.

One of the issues is that Ezra says everything exactly as his brother says it. So if Micah pronounces something not quite right, Ezra does, too. I think Sarah and I are in agreement that we are going to pursue getting Ezra speech therapy, too. Ugh.

Sarah asked me the other day at dinner if when I hear, “Daddy!” come from Micah and Ezra how it makes me feel. Does it make me feel special when I hear it? Or have I grown accustomed to it yet?

I told her that I love it every single time I hear it. After speech being such a struggle for Micah, it has added another layer to just how neat it is for these little kiddos to call my “Daddy.”

Micah is trying out his new skill. He’s trying to combine other words with daddy.

This morning he already said, “Thanks, daddy!”

But he had to try to get there first. And the process is fascinating. When he told me thanks this morning, I asked him if he would say, “Thanks, Daddy.”

He’s now trying all sorts of two word combos. It’s so fun seeing him progress like he is right now!

One thought on “Two Word Combos”