The big blizzard of 2016 that was predicted to wallop the Omaha area, officially and affectionately dubbed #snOMAhog, arrived late and left early. The city tried to over prepare for this storm so we wouldn’t have a repeat of the much smaller snowstorm that we had a couple weeks ago that basically shut down the city during the morning hours.

Of course with all the streets brined, plows ready, schools cancelled, and grocery stores emptied, the storm didn’t hit with as much impact as predicted. We still did get some snow. It was heavy and wet, and there was plenty of wind that came with it. In fact, the power went on and off a few times in the early hours of the morning and eventually the power went out for a few hours during mid-morning today. 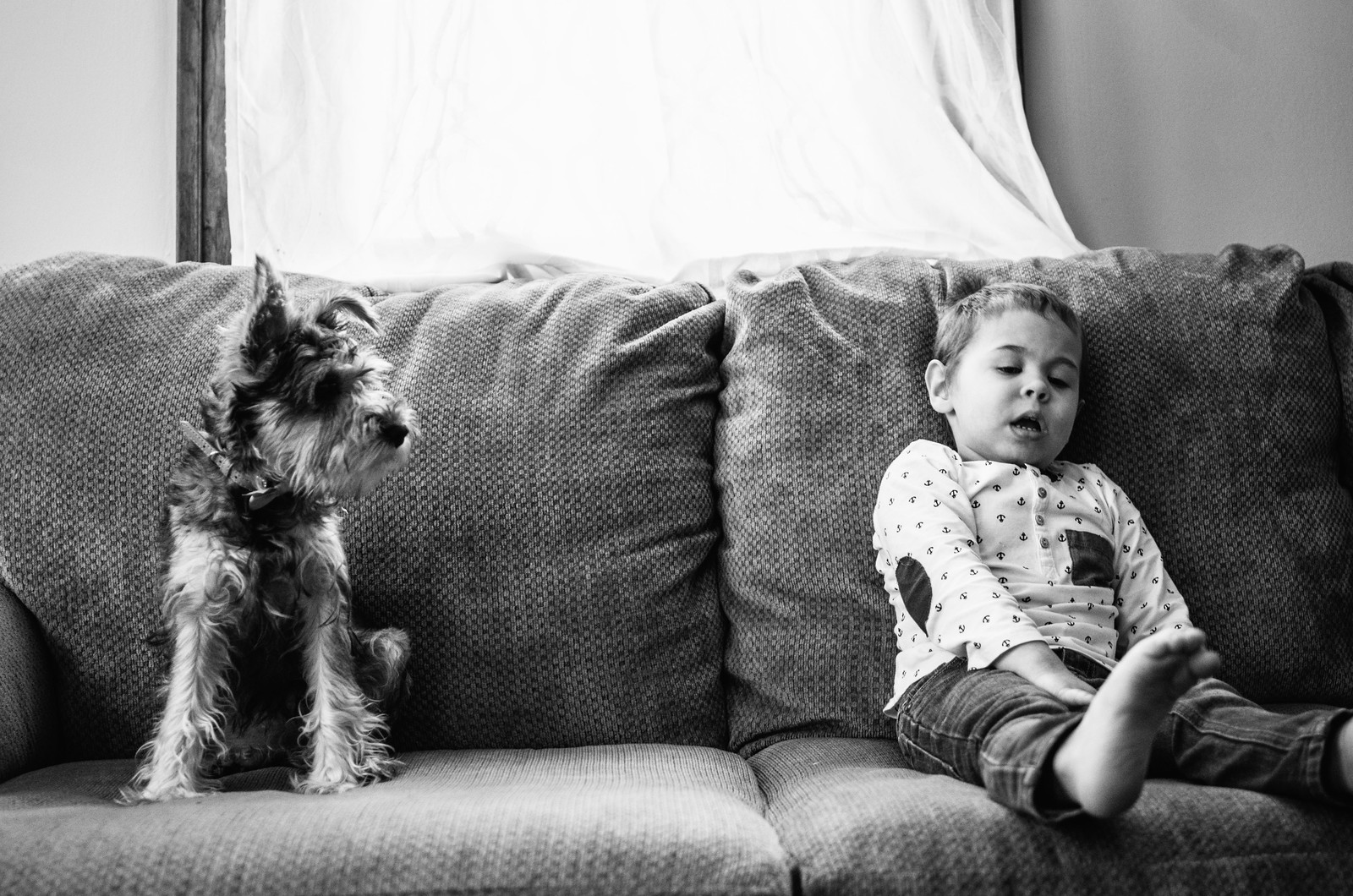 The worst part of the snowstorm happened right at the time that Sarah would typically drive home from work. But with all the talk of this being an epic blizzard, Sarah and I decided the safest thing for her to do would be to remain at the hospital. The hospital offered her a bed to sleep on and some meal vouchers for later. The expectation was that she would most likely have to work for the nurses who wouldn’t be able to make it to the hospital later this evening. But right now it’s not looking that way. I think the roads are probably clear enough for her to safely make it home. Thankfully.

I was bummed that I couldn’t make coffee this morning because I didn’t grind any coffee beans before the power went out. I mentioned this on Facebook and my neighbor offered to bring some over. That’s a good neighbor. 🙂

The kids, Missy, and I just hung out inside – hoping to remain warm as the temperature of the house steadily dropped. We built a couch fort with the cushions and some blankets. We played with Missy. And we took some pictures and a couple videos. 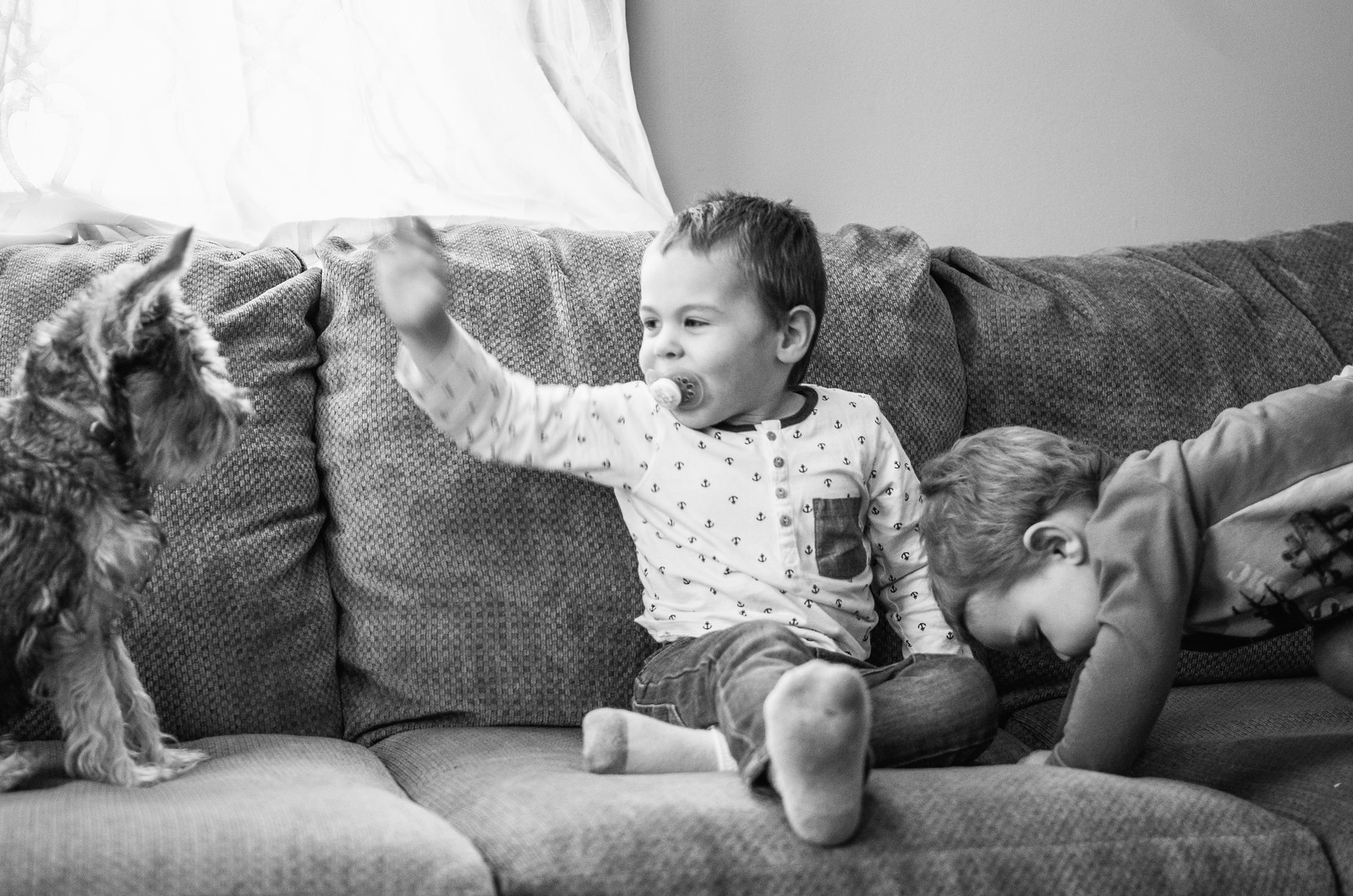 Well, the Iowa Caucus is over. What an interesting night. My mom and brother live in Iowa and both participated. My brother participated in the Democratic one, and therefore he got to experience the unique way Democratic caucuses are run. He said his county ended up being exactly 50/50 for Hillary and Bernie, reflecting the overall results for the state.

Hillary did have a bit of luck last night. In seven of the state’s 1,681 precincts, the results were so close that individual delegates (the proportional state delegate equivelents) were awarded by a coin flip. No joke. By actually flipping a coin to determine who won.

Out of the seven coin flips, Hillary won six of them. That’s pretty lucky.

When the final precinct reports were officially determined, Clinton had been awarded 700.59 state delegate equivalents and that Sanders had been awarded 696.82. That’s how close this thing was.

It’s not really clear, but it is possible that Bernie could actually have had more votes. These things are done by proportionality and in ways I’m actually not all that clear about. But I know Bernie has asked for the total votes to be released. And it’s also not clear to me  what would have happened say Bernie would have won six of those seven coin flips. Would the delegate count have shifted enough for him to get 22 of the 44 delegates, or perhaps even 23 like Hillary ended up getting last night? I don’t actually know the process well enough to know for sure.

What I do know is that like Bernie said last night in his speech, this is a virtual tie. It shows Hillary that Bernie really does have significant support, and she can’t assume she’s got this one in the bag – nor can the media or the voters.

Martin O’Malley officially dropped out of the race, so now it’s just Hillary and Bernie heading into New Hampshire where Bernie has a big lead right now.

won on the Republican side. By a pretty decent margin, too. Maybe you should tell that to Marco Rubio

, because his speech sounded like he had won the presidency.

on the other hand, well, he probably doesn’t know what to do about coming in second place. After all, second place is just the first loser.

“No one remembers who came in second.” – Walter Hagen

He did say in his speech that he might buy a farm in Iowa since he loves it so much. So there’s that.

Iowa, though. Come on! Cruz? Really? Ted Cruz? Did you have to pick the worst guy running for president?