Because Micah is usually up by about 6:15 every morning, I try to make sure to get to bed before midnight every evening. Even though coffee is a great help in my morning routine, it only can do so much to rejuvenate and energize me for my day.

But for the last few days, my friend James was staying with us at our house. Each night that he was here I stayed up well past 1:00 am or so. I haven’t felt this tired since grad school I think.

But it’s completely worth it. 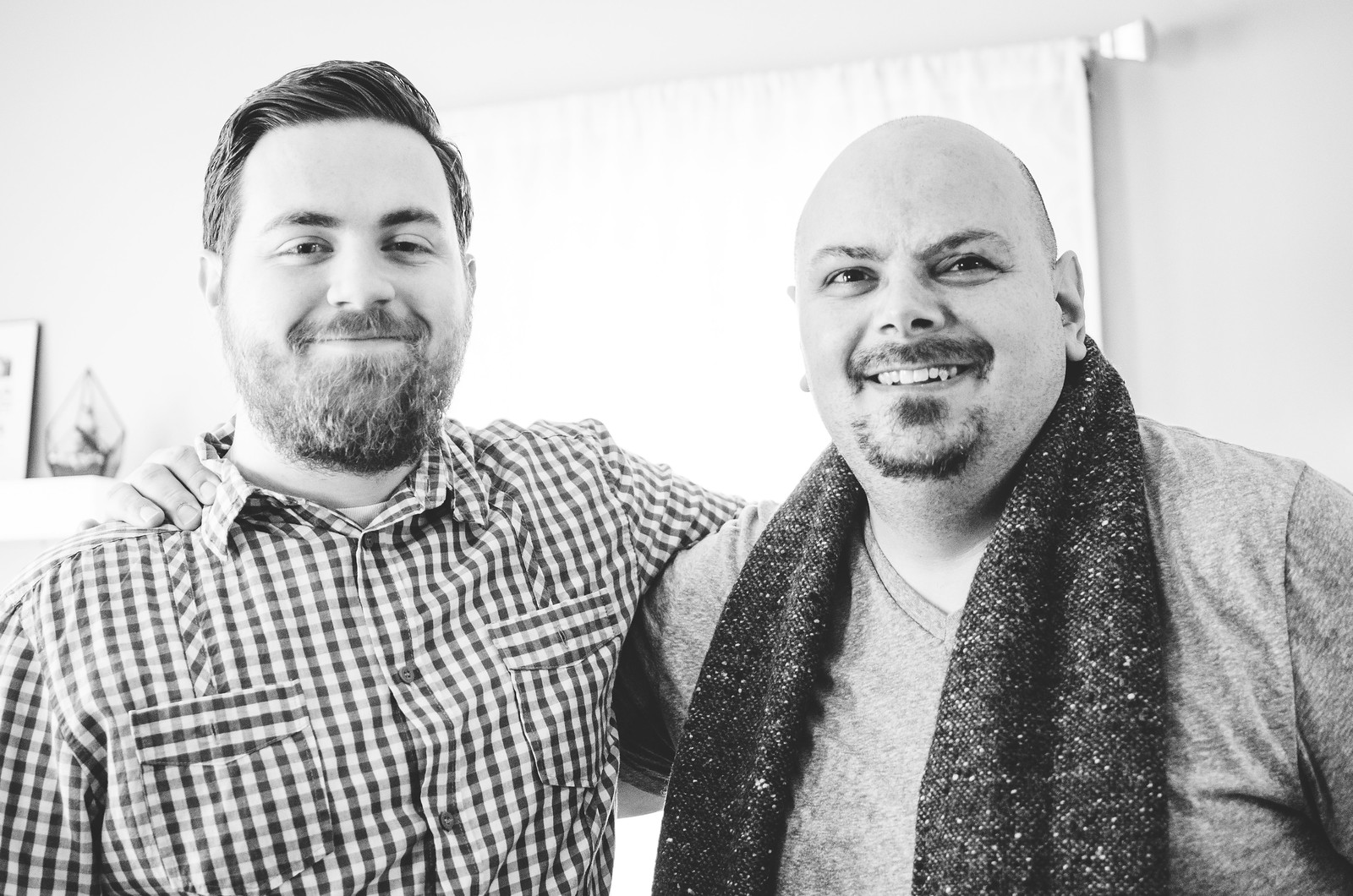 Sarah’s work schedule ended up working out quite nicely for me to really be able to spend some quality time with my friend. That’s rare. When people visit us, it’s often unpredictable as to what Sarah’s schedule will be like. Sometimes it kind of traps us at home with the kids, unable to really go exploring into the city. But that wasn’t the case this time. And that ended up making for a very fun extended weekend.

James is a foodie, and so he had already done his homework before coming to Omaha -so we checked out a number of great eateries, bars, and cocktail lounges while he was here. Sometimes all in one evening. Of course, one of the main reasons for James coming to visit us was also to see John Mark McMillan (and Josh Garrels) in concert, which is one of James’ favorite artists. And even though the tour was headed to Milwaukee and Wheaton in the days following their stop in Omaha, James made the trip out here from Chicago to attend with me. And that was really nice.

It was also fun for him to see the kids again. To them, even though they haven’t seen him much in the last couple years, he is Uncle James.

Here is Uncle James holding Micah when he was only a few days old: 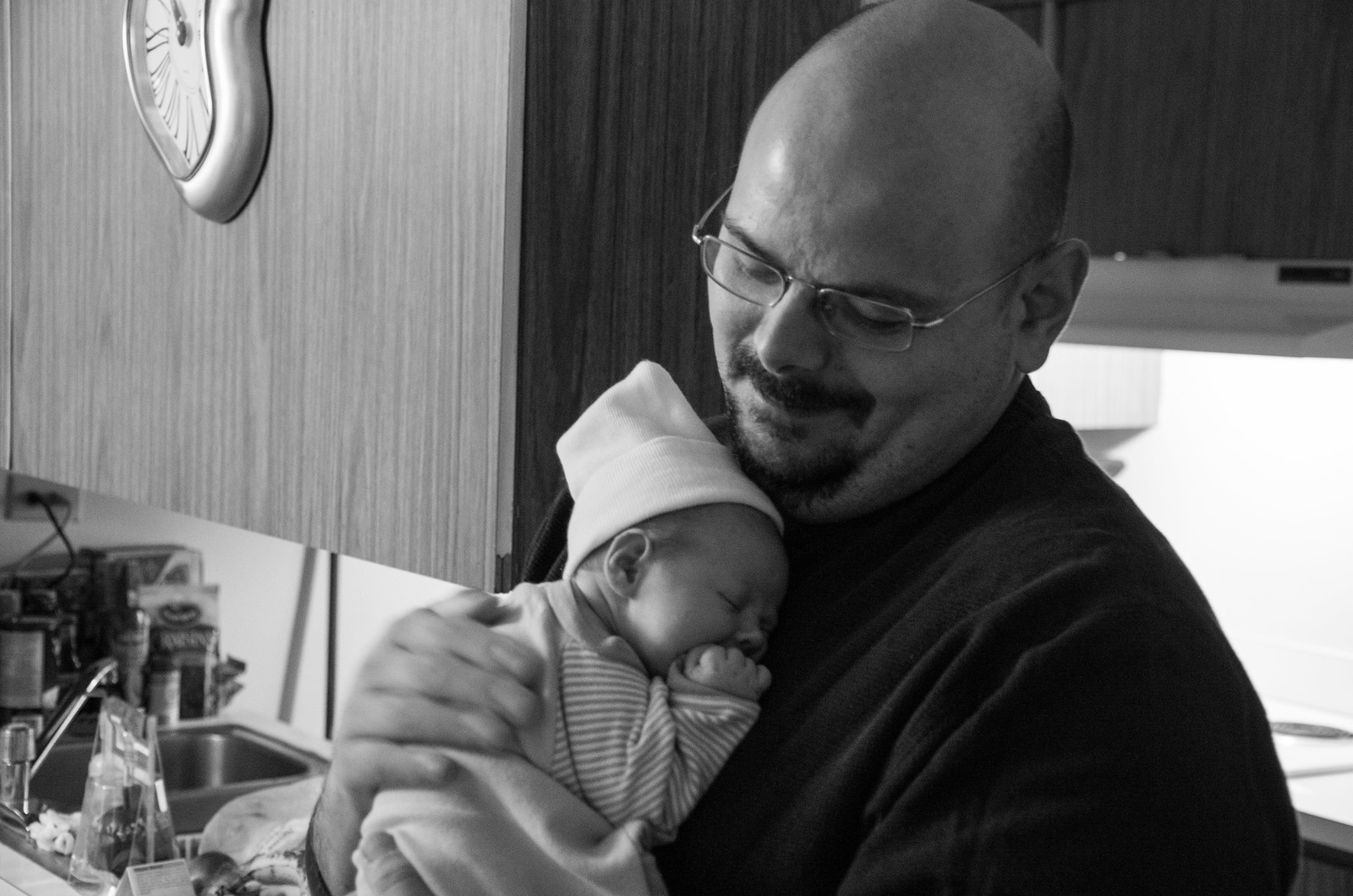 James had a first hand encounter of the craziness at this house while he was here, and he got to experience some of the strange conversations that happen with the kids.

“Oh, is it baby in the oven time?” and “Micah, we don’t play with people without pants on.”

Those sorts of statements are all too common these days.

Even though I’m very tired right now, I’m refreshed. Nothing energizes me quite like hanging out with a close friend and being able to just sit, relax, and talk about life. And over the last couple months or so I’ve been able to do that with two of my best friends who have taken the time out of their busy lives to come to Omaha, Nebraska and visit us.

It means the world to me.

We own an Ikea table that we purchased from some friends before they moved back to Slovakia as missionaries. Before we owned it, it had already seen some wear from their family’s use of it. But now, after five and half years of use and exposure to the destructive forces of Micah and Ezra, well, let’s just say it has seen better days.

I’ve thought about making a project out of the table and sanding it down and refinishing it, but I knew that it wouldn’t take long for the kids to leave their mark(s) on it again. So instead of making a rehab project out of it and then trying to preserve it, I thought it might be cool to make a more creative project out of it.

Conversation and storytelling around the dinner table is one of my favorite aspects of life. Good food. Good company. Good stories. That’s hard to beat.

Many great people have sat at our humble little dining room table. Lots of wonderful and warm conversations have happened while sitting around it. Many of the conversations that have been held at that table have left their marks on our lives, and on our family. To remember those whom we’ve had at our table, and our conversations, I thought it would be neat to allow them to leave their mark on the table.

I’ve wanted to do that with some friends who recently visited, but we forgot to have them do it before they left unfortunately. But thankfully I made sure James engraved the table today before he left, commemorating his time with us these last few days. 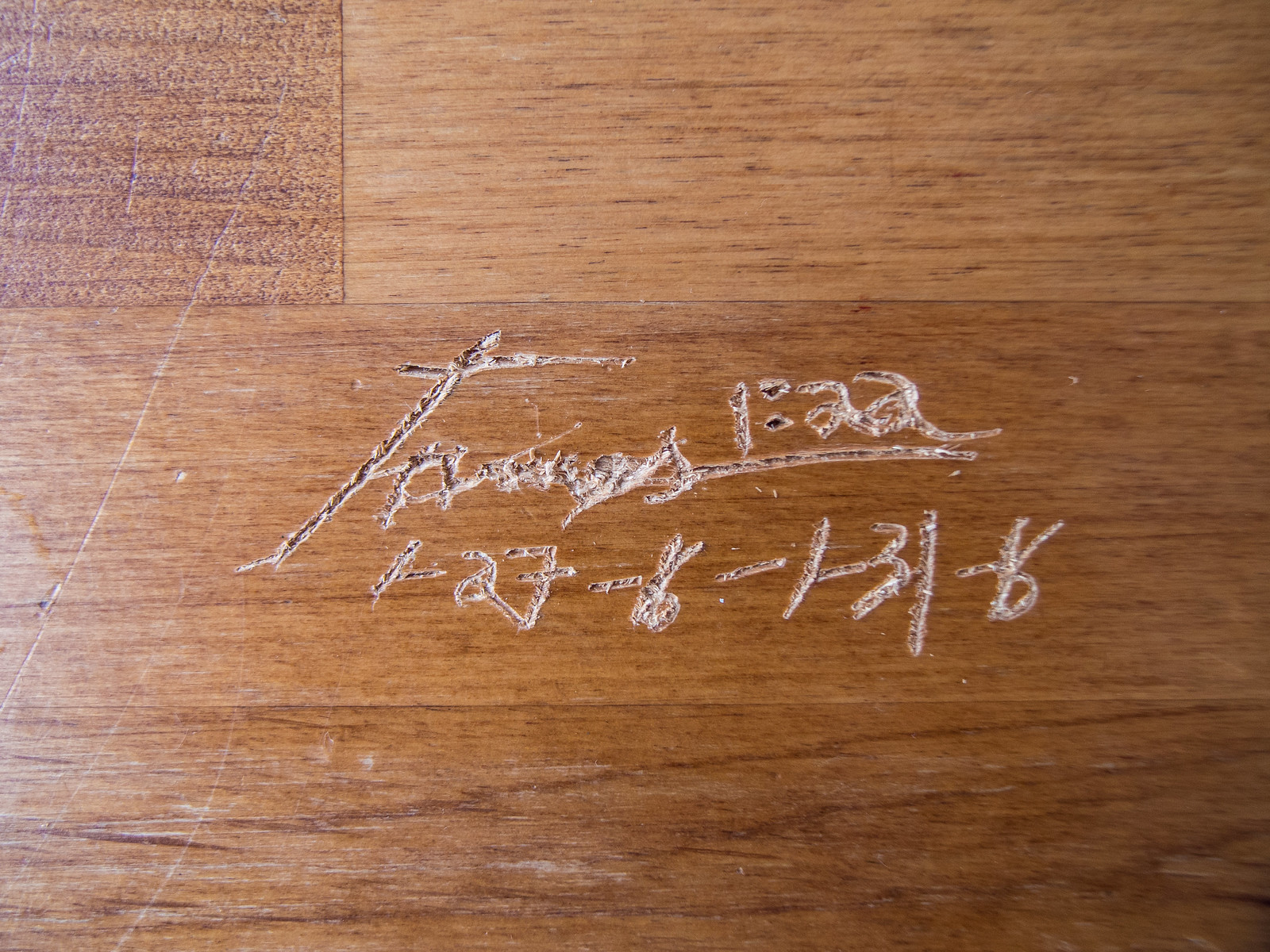 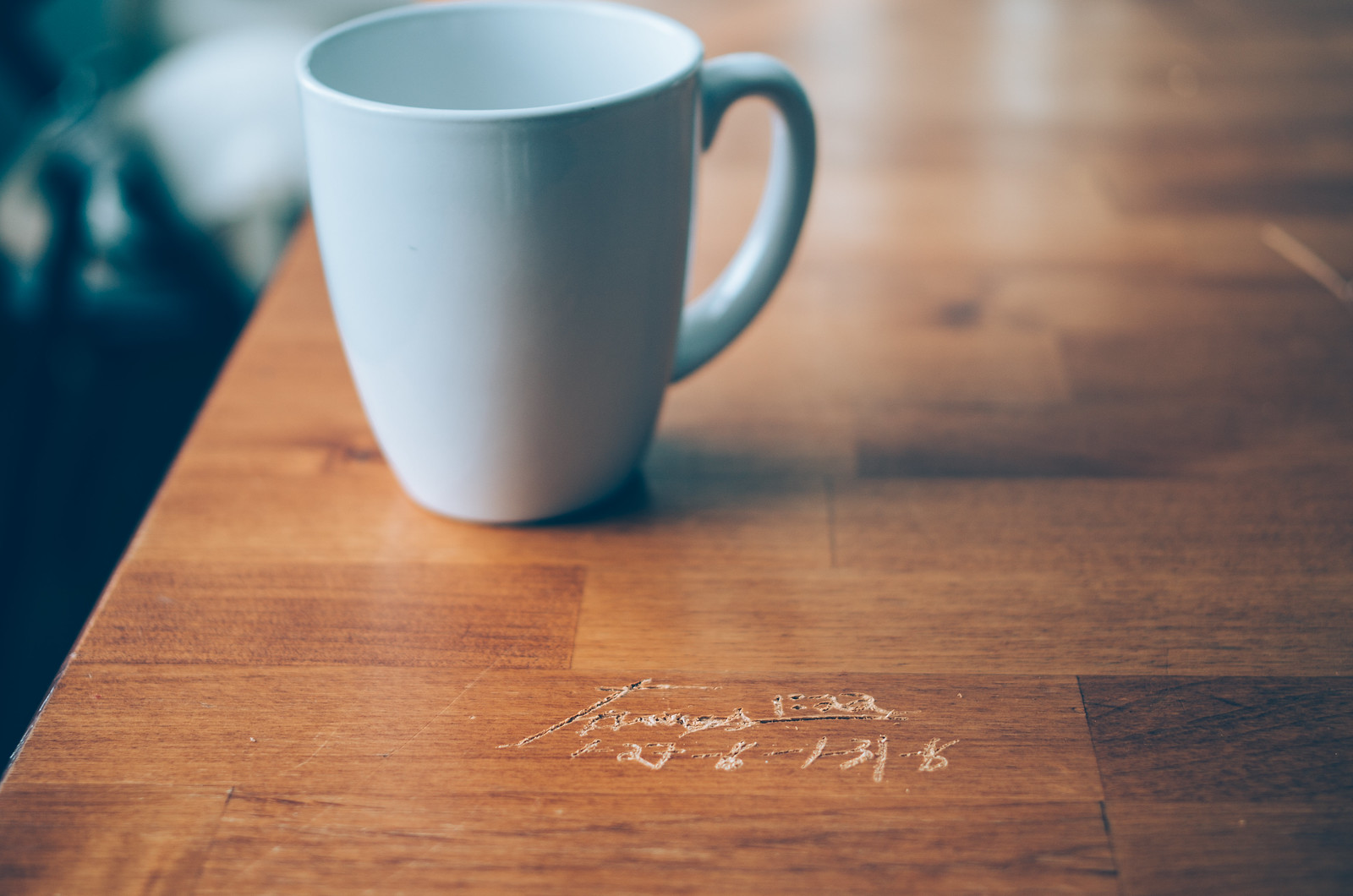 I like it. And I can’t wait to have others do it soon as well.

Today our church moved from two services into one. And with that transition we thought it would be good to move Micah up to the three year olds class. We had kept him in the two year olds up to this point because we felt it was better for him. But now that he has experienced a more structured learning environment because of his preschool, we thought it was time for him to go ahead and move up to the three year olds.

So with the transition happening at the church, we thought it would be a good time to have Micah transition to his new class. And coincidentally, they rearranged where some of the classrooms met today, and the three year old classroom is now the old two year olds classroom. So Micah didn’t even have to go to a different room, which I think made the transition that much better for him.

The other day I posted some concert photos from the concert that my friend James and I went to. I mentioned that John Mark McMillan came out at the end of the show into the crowd and led the auditorium in singing his most famous song, “How He Loves.”