Banksy, the polarizing graffiti artist from the U.K., recently came to the United States to use New York City as his canvas. He has remained fairly anonymous, but he over time has received an incredible amount of media attention. Coming to New York was clearly a choice to draw even more attention. I am personally amazed not by how much attention he has received, but by the varying opinions about his work.

People get angry at his “vandalism.”

Some think that his work is cliche, causing nothing more than an eye-roll.

Others think that his work is brilliant. It’s art. His pieces are thoughtful statements on our culture, society, and worldviews.

There have been a number of articles briefly mentioning his reception in New York. Apparently, for the most part people have welcomed him and have raced to see his art. What I’ve seen in the comments on these articles have been pretty much the opposite. People want him to go away.

One of his most recent pieces used an image that is perhaps one of the most sensitive images for Americans, but especially New Yorkers. Like nearly all of his pieces, he used a stenciled image on a wall. But this time it was a familiar image, an image that, for those of us who can remember it, has been seared into our brains. 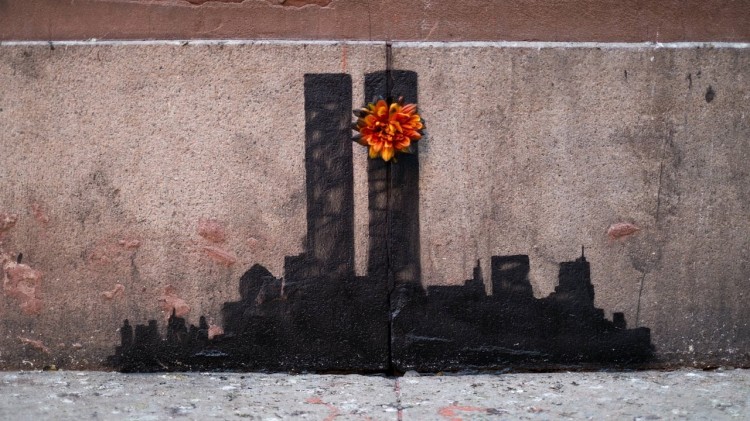 Personally…I love this. I think it is truly brilliant. Simple. Creative. Impactful in so many ways. Perfect.

Various articles I saw regarding Banksy in NYC: